Throw Beyond The First Down Marker 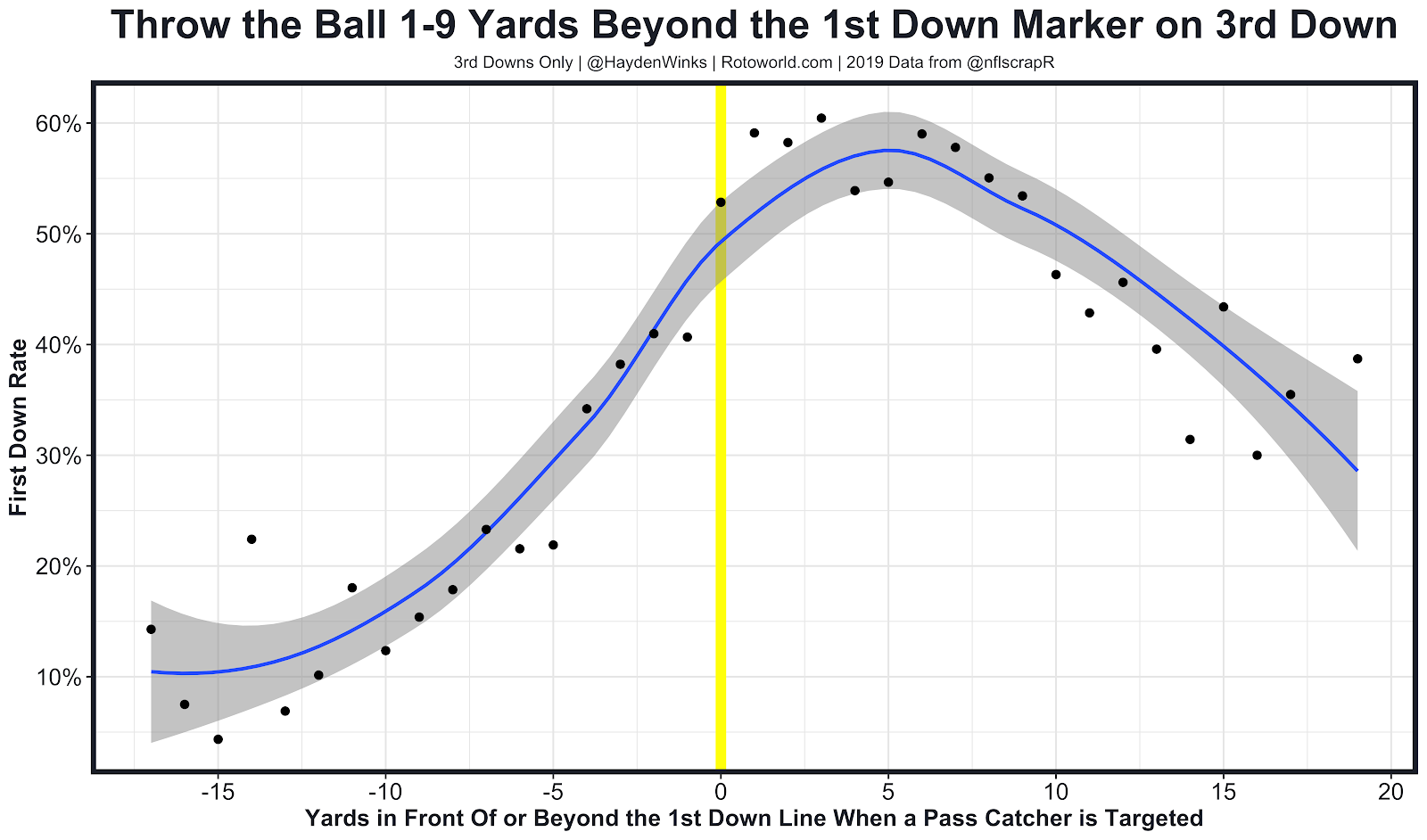 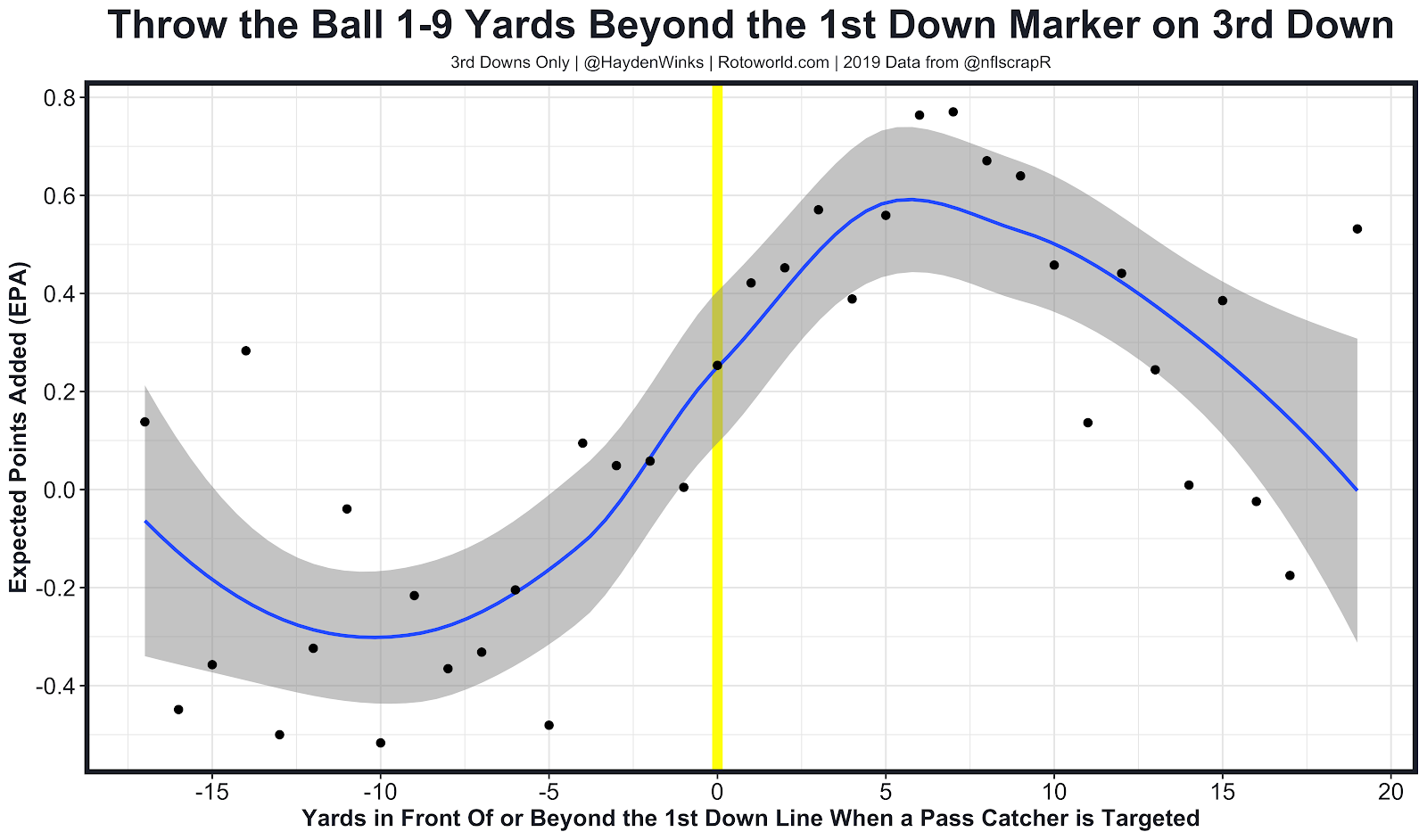 And these throws aren’t just maximizing first down rates while ignoring interceptions either. These throws are maximizing expected points added (EPA), too. This chart is almost identical from the one above, which means throwing the ball 1-9 yards beyond the first-down line is the optimal play call on many third downs.

Ryan Tannehill has a 3rd-and-10 on this play where he needs to get to the 44-yard line for a first down. The Texans drop into a basic zone coverage where most of the linebackers stand right at the first-down line and the safeties play way beyond the first-down line. I like this offensive play design because Tannehill has three receivers running routes beyond the 44-yard line, including the two inside receivers on the top left side of the field. Tajae Sharpe ends up running right by the front part of the zone that’s covering the first-down line and sits in the weak spot in front of the safeties. This can be a risky throw because it has a lot of hang time and there are a lot of defenders back there, but it's one that the numbers argue is well worth it because throws in front of the first-down line are negative plays.

The Cowboys have a 3rd-and-12 where they need to get to the 24-yard line to move the chains. Saints CB Marshon Lattimore is playing way off of Amari Cooper on the right side of the field, but he does bolt towards Amari to meet him a couple of yards in front of the first-down line once the ball is snapped. This is an example of a corner being extra aggressive when protecting the sticks on a third down, so I like how Amari and Dak Prescott utilize that aggressiveness to their advantage by running a route a couple of yards deeper than what Lattimore was expecting. Outs and deep crossing routes designed to go 3-9 yards beyond the first-down line were very effective on third down in 2019.

This is the last example. This defender is in press man coverage on Mecole Hardman (good luck, sir). The defender knows he has safety help over the top and he also knows it's third-and-long, so he slides underneath Hardman a couple of yards in front of the first-down marker (47-yard line). Hardman, like Amari, counteracts that underneath position to change direction and move even further upfield at around midfield, which was three yards beyond the first-down line. It’s a ridiculous throw and catch, but it’s these beyond the sticks throws that are worthwhile gambles. Also, shoutout to Andy Reid for sending all three of his route runners 3-7 yards beyond the yellow line on this play.

After going through this, I wondered who made the best decisions on third-down throws. My definition of a “Good Decision Throw” is a throw that traveled 1-9 yards beyond the first-down marker on a third down because first down rates and EPA tells us these are the best throws to make. Here’s the 2019 leaderboard for the highest percentage of good decision throws (min. 40 total pass attempts):